Thatch Tone is a clear liquid which enhances the natural colour of the thatch (new or old). The water-based silicate liquid contains natural wetting agents which improves absorption into the plant fibre rather than just coating the outer thatch surface.

Comparison tests using Thatch Tone has been shown to improve fire resistance and liquid water resistance without significantly affecting water vapour permeability. Thatch Tone works by a simple silification of the plant fibre, which makes it less attractive to insects and mold attack.

The yellow areas have been treated with a single coat of Thatch Tone at an application rate equivalent to 400ml/M². The percentage rates purely relate to the additions of Thatch Tone 'Whitener' to our standard 'Norfolk Gold' colour, and will not alter the flame resistance performance of the product. 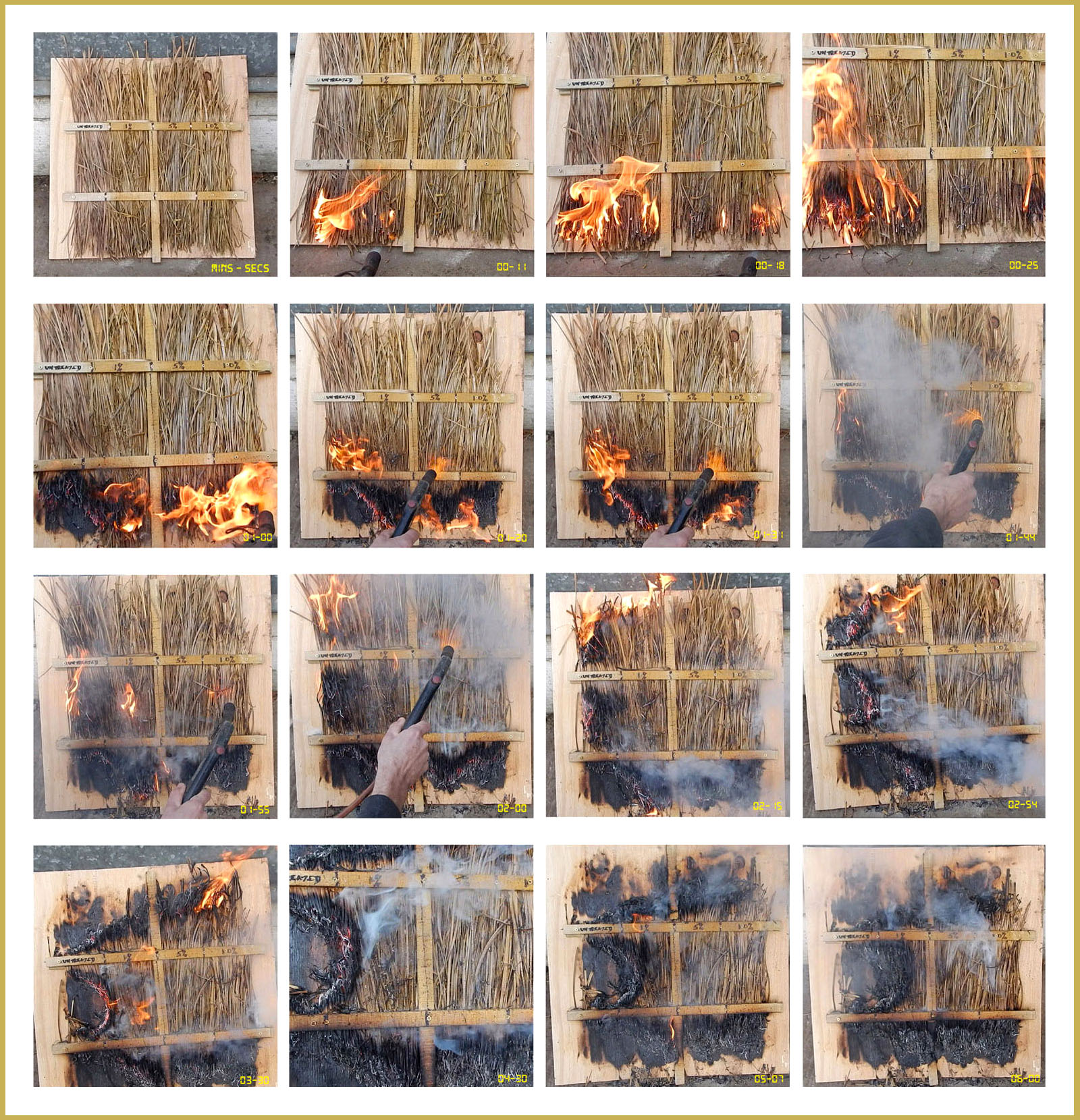 After seven minutes the flames self extinguished.


Potassium silicate has been tested by NASA for use on space vehicles as an ultraviolet resistant binder when combined with zinc oxide pigments. Tests carried out by NASA in the 1990's showed that formulations containing potassium silicate binders were found to be the most durable. Click here to view the report.

Potassium silicate has been used in decorative mineral masonry coatings for over 100 years and are known to be resistant to ultraviolet radiation. "Mineral paint contains aside of inorganic colorants, potassium-based alkali silicate (water glass), also known as potassium silicate, liquid potassium silicate or Liqvor Silicvm. A coat with mineral colors does not form a layer but instead permanently bonds to the substrate material (silicification). The result is a highly durable connection between paint coat and substrate. Above that, the binding agent water glass is highly resistant against UV light." Extract taken from Wikipedia: Silicate Mineral Paints - Properties.

Potassium silicate is also used in dyes/pigment preparations for bricks and tiles and have been in use since the 1970's and are known to be resistant to UV degradation. Click Here.

Potassium Silicate has been used for decades in refractory cements and concrete due to their resistance to heat and also possess a high resistance to acids.